It is always so nice to show people around the gardens at Gravetye and today I had a very special guest from Belgium. Chris Ghyselen is a gardener, designer and plant breeder who has the most beautiful garden near Bruges called Oost Veld. He has been in England to show his plants at some plant fairs and took the chance to come and see Gravetye. It is always good to look at the garden with a fresh set of eyes, and Chris is always so generous with his immense plant knowledge. His enthusiasm and experience gave me so many fresh ideas and on leaving he kindly gave me a selection of his plants.

Perennial sunflowers are a group of plants he has spent alot of energy working on. I already have the form ‘Karine’, which he bred some years ago. This is a beautiful clump forming one, which is similar to the famous ‘Lemon queen’ but with a lighter yellow flower and purple stems. But to add to this collection he also gave his new variety called ‘Anna’, which is smaller with darker flowers. ‘Brunnera’ is another genus that he has worked with. These low growing perennials are so useful in the shade and with their silver variegation can be very effective at lighting up a dark corner of the garden. ‘Starry eyes’ is a lovely selection he has given me with dainty blue and white flowers which I’m really excited to see.

Of all the plants Chris has bread it is the Persicaria amplexicaulis which he is best known for. He has been developing them for nearly forty years now and has selected 17 cultivars for their strong colours, good form and long flowering season. When I asked him about the parents of some of his crosses he gave me a shy smile and said ‘I’m afraid this is a family secret’. ‘Pink Elephant’ is one of his selections which we have enjoyed for years at Gravetye with a lovely form and long flowering season, but now I have been given 10 new cultivars to try. I’m especially excited by a selection called ‘black adder’ as it could work very nicely as a cut flower in the kitchen garden, as well as being excellent in the borders.

When we get new plants like this it can be tempting to throw them straight into the borders in a frenzy of excitement. But it is so important to observe the plants, before deciding how to use them. First, I will try and find some space in the kitchen garden, where each plant can be grown-on and studied. Then once we have got to know the plant a little we can propagate, before using them in new ideas through the garden…… So thank you Chris for the plants, and soon I hope they will be livening up our borders at the Manor. 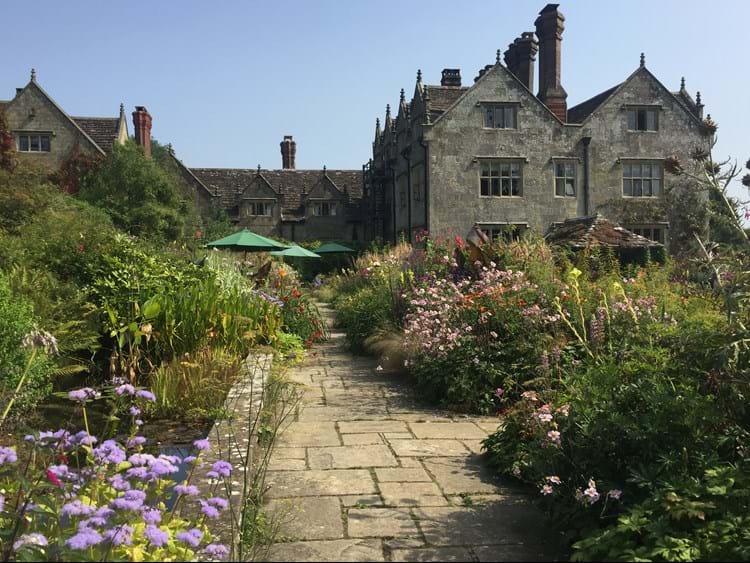