The King of Roses

by Philip Hesketh - Dean of Rochester 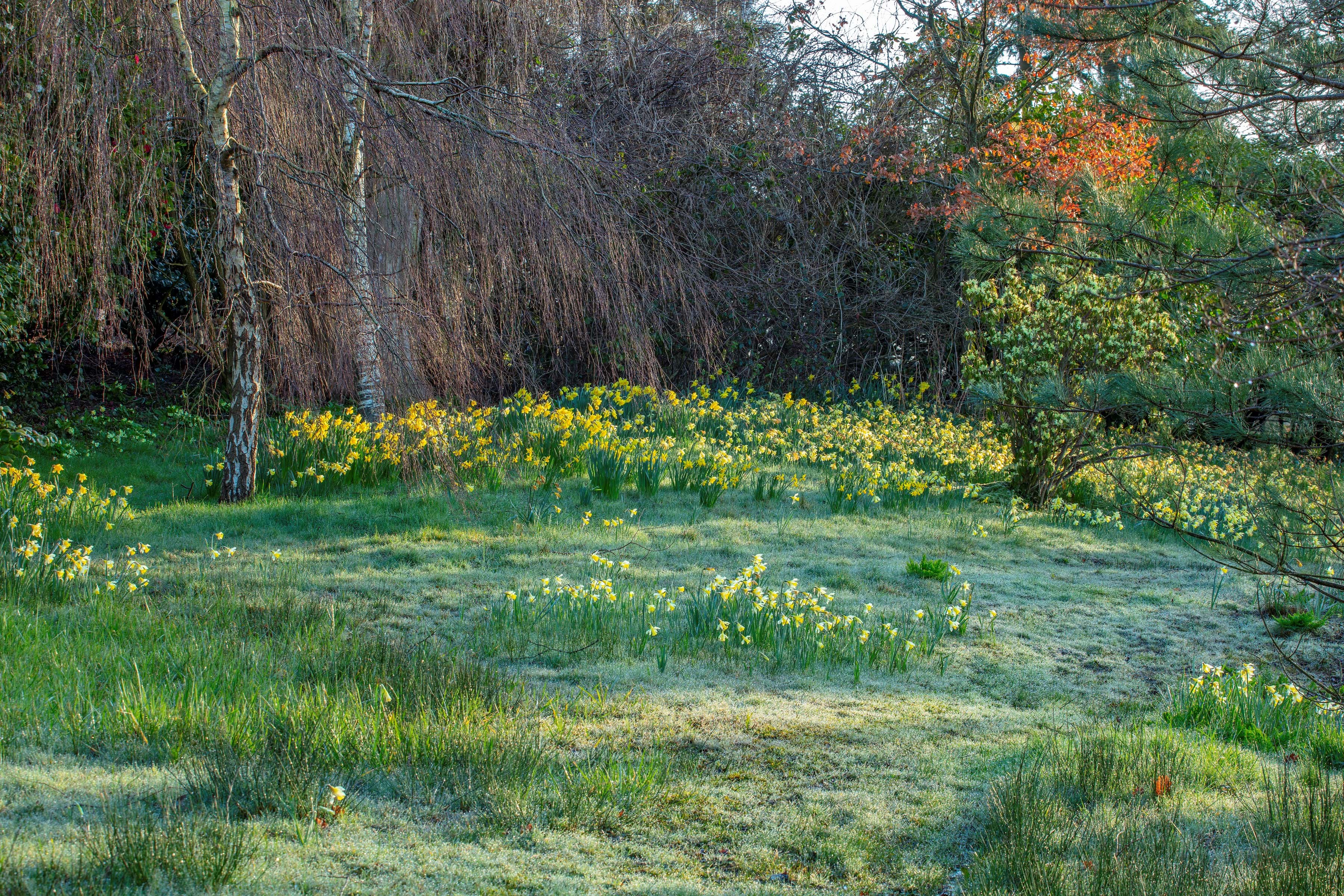 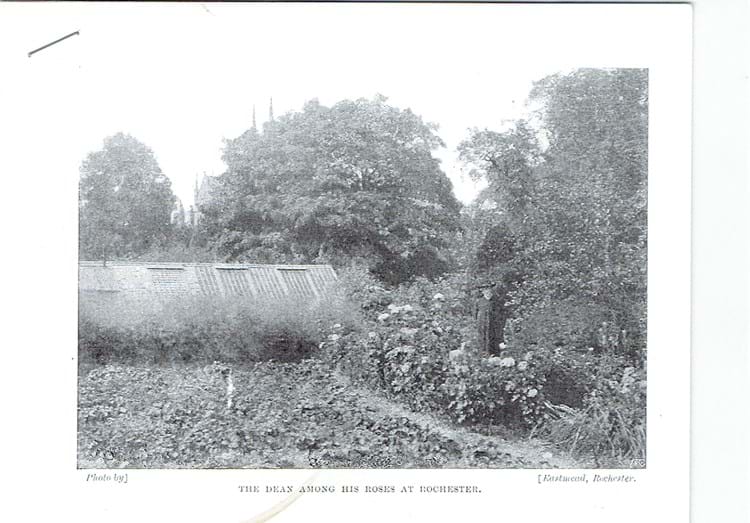 So wrote Samuel Reynolds Hole, Dean of Rochester from 1877 until his death in the early hours of 27th August 1904. In former days, gardens and clergy seemed indelibly linked and no more so than with Reynolds Hole, whose A Book About Roses did more to popularise the rose in English gardens than, perhaps, any other publication. Written in 1869 and running into multiple editions and languages this small book about Queen Rosa earned Dean Hole the title the ‘Rose King’ from the poet laureate, Alfred, Lord Tennyson. It remains one of the most readable, practical, and entertaining books about the rose.

Reynolds Hole lived a long and colourful life spanning Queen Victoria's momentous reign. A true advocate of what was termed 'Muscular Christianity', he was one of the most noted of all the sporting clergymen. Interviewed by The Windsor Magazine in his eighties, Millicent Morrison wrote that Reynolds Hole was ‘one of the very few still with us who had a place amongst that brilliant coterie of men who graded the annals of her golden reign’.

Born in 1819 in Ardwick near Manchester, Reynolds Hole was raised in the ancestral home at Caunton in Nottinghamshire. His earliest education was found outdoors, with hunting and riding a prominent teacher. His time at Oxford was spent more in chasing the fox than in studying his books yet, the religious fervour generated by the Oxford Movement led him to take Holy Orders and return home as curate in 1844. On the death of his father he become, in his own words, the ‘squarson’ uniting the duties of parson and squire for the next 37 years before being appointed to the Deanery at Rochester.

It was during the Caunton years that Reynolds Hole became not only one of the nation’s most popular preachers, regarded as the 'Dickens of the Pulpit', but also developed his interest in gardening, and in particular his devotion to the rose. He recalls the occasion one summer evening, book and cigar in hand, when his eyes rested upon the rose d’Aguesseau and in the light of the setting sun experienced such an epiphany that it inspired him for the rest of his life. 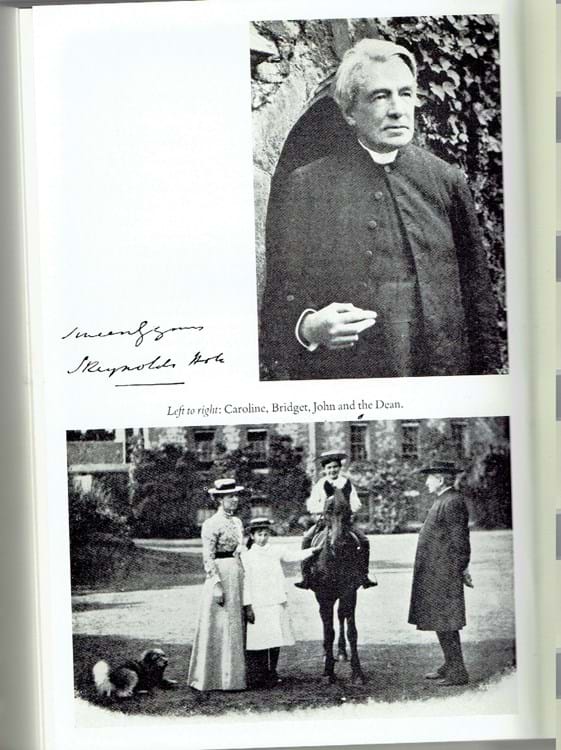 He was soon buying roses and his father became concerned that no manure would be left for his wheat since all was given over to the ‘common brier’. Eventually, he amassed 5000 roses at Caunton. He was soon in demand to adjudicate at rose competitions recalling a significant occasion when invited to judge an exhibition of roses on Easter Monday. Initially, dismissed as a hoax, since what roses bloom in April, he was overwhelmed by the roses on display and the dedication of the working men of Nottinghamshire who had grown them under glass. In his Memories he wrote, “There are no better gardeners. ..... than those Nottingham mechanics who have their small plots of ground....”

Indeed, Reynolds Hole had ‘an affectionate fellow feeling’ for the working man and especially for those who knew ‘the meaning of floricultural dirt’. Gardening, he believed was a way to break down class barriers and a means of self improvement. Throughout his life he kept in regular contact with the men he had known as boys at Caunton and in whom he had instilled a similar passion for flowers. In later years he wrote: I have always believed that the happiness of mankind may be increased by encouraging that love of a garden, that love of the beautiful, which is innate in us all’.

The appreciation of beauty, Reynolds Hole believed, was a divine instinct which engendered tenderness, gentleness, reverence and love in a person and that led them to look ‘from the flowers of the garden to Him whose breath perfumes them’.

It was his desire to promote the rose that led him to organise in 1858 the first National Rose Show at St James’ Hall, Piccadilly. The 10,000 blooms that went on display successful defeated the ‘the foul smell which at that time invaded London from the Thames’ and attracted two thousand visitors. So large were the numbers in 1860 they moved to the more spacious surroundings of Joseph Paxton’s Crystal Palace, where sixteen thousand people paid a shilling on entry. In 1861 the Show was hosted by the Royal Horticultural society in their newly opened gardens in Kensington.

Reynolds Hole was friends with all the major profession and amateur gardeners and nurserymen of his day. Their friendship and mutual passion led to the founding of the National Rose Society in 1876 with Hole as President. Interestingly, there were five other clergymen at the inaugural meeting. Sadly, the (Royal) National Rose Society went into administration in 2017 with the closure of the gardens at Chiswell, though the Dean Hole Medal is still awarded. 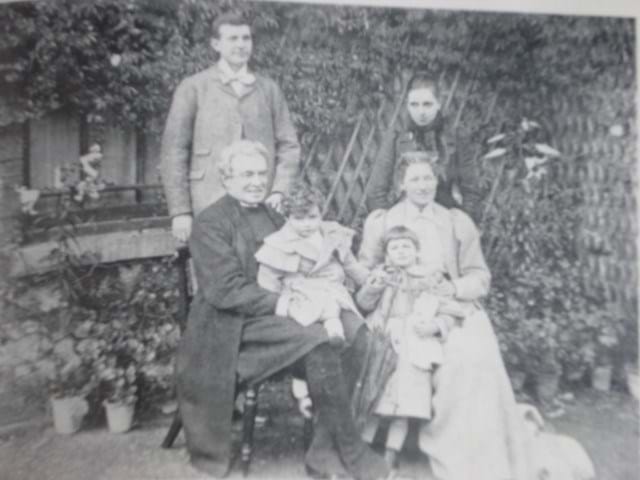 It is hoped that a new physical home might be found for the Rose Society at Rochester Cathedral as part of the present aspirations to develop its gardens and open spaces. Surely, there is no more fitting place than Rochester? Indeed, on visiting the Dean's splendid rose gardens in 1901 it was recorded: 'one can imagine the antiquarian of a thousand years from hence jumping with Pickwickian ingenuity to the conclusion that Rochester derives its name from two words, “Rose” and “Chester” – Rose Castle, where lived the cavalier of the Rose, with “Semper Fidelis” upon his crest and shield, a mighty man, 6 feet 3 inches in height’.

In 2019 Rochester Cathedral celebrated the centenary of Dean Hole's birth with a weekend of festivities: talks, music and guided tours. A great deal of memorabilia was amassed and it would be a fitting tribute to this remarkable green fingered giant of a dean to provide a more permanent exhibition.

It’s not clear when William Robinson first met Reynolds Hole, but from the correspondence that exists, their friendship was a close and significant one. The Dean was of immense encouragement to Robinson and enthusiastically promoted his ideas, although he would never have contemplated any suggestion to under-plant his rose trees, “the queen brooks no rivals near her throne”.

In his Memories Reynolds Hole recalled the occasion in 1865 when Robinson embarked upon a significant enterprise :
......I sat down with my friend, William Robinson, under a tree in the Regents Park, and suggested THE GARDEN as a title for the newspaper which he proposed to publish and which has been so powerful in its advocacy of pure horticulture of the natural, or English, school, free from rigid formalities......

Reynolds Hole was a frequent contributor to The Garden and especially a series called ‘The Six Spades’ which was a potpourri of gardening expertise peppered with noted amusing reminiscences. Robinson dedicated Volume II of The Garden to Hole in 1872.

Robinson was a frequent visitor to Caunton, staying at least a week at a time, sometimes working on the garden whilst Reynolds Hole was away on one of his many preaching engagements. Robinson was equally close to Reynolds Hole’s wife, Caroline, a competent gardener herself, but who assisted Robinson with his domestic affairs. In 1874 Robinson wrote an imploring letter to Caroline from Dublin in search of a new housekeeper, or even better, a wife ‘to superintend the domestic department’. Although, she found him a housekeeper she was less successful with a wife.

When they moved to the Deanery at Rochester, Robinson was a more frequent visitor, Graveyte being now much closer. Robinson, along with friends, including the landscape gardener, Robert Marnock, helped plan the new Deanery garden.

Fewer roses were planted at Rochester, but Dean Hole still managed to display 135 varieties. Gertrude Jeykll and her parents were also regular visitors, and she was so impressed by the gardens they included in her Some English Gardens with watercolours by George Samuel Elgood. R.A.

As we celebrate 150 years of The Wild Garden it is good to recall Dean Hole to whom the book is dedicated and remember the strong bonds of friendship between author and Dean, forged by a common love for gardening in its 'natural' form. For Dean Hole the love of Creation led to the love of the Creator. He regarded the success in persuading others of this doctrine as the best work he had been permitted to do during his lifetime. Gardening was truly a religious activity. 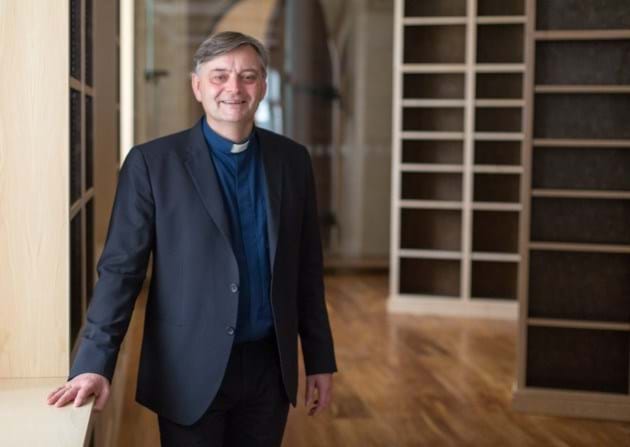